For more than 20 years, Dr. Randall Weselake’s research has focused on understanding the molecular and biochemical mechanisms underlying lipid formation in both plants and animals, with a particular emphasis on developing strategies for enhancing seed oil content and composition in Canada’s major oilseed crops. His work in this area has led to more than 130 refereed publications, more than 200 conference abstracts, and 6 patents. A renowned team-builder, Dr. Weselake has led or co-led numerous large-scale initiatives, such as the Bioactive Oils Program, Functional Genomics of Abiotic Stress, and Designing Oilseeds for Tomorrow’s Markets. Through these and many other initiatives, Dr. Weselake has built numerous cross-disciplinary collaborations with researchers in Canada and around the world, facilitating access to the expertise necessary to capitalize on new and emerging market opportunities. In 2011, Dr. Weselake was recognized as an ASTech Honouree for his outstanding leadership in the area of oilseed biotechnology.

Prior to joining Phytola, Dr. Boothe served as Vice President of Research and Development with SemBioSys Genetics Inc. A member of the original research team at SemBioSys, Dr. Boothe was involved in the early proof-of-concept work demonstrating the production and purification of recombinant proteins through the use of oleosin technology. He is the author of 22 scientific publications, and a co-inventor on more than 20 patents. Dr. Boothe served as Project Leader on several of the company’s product development programs, and successfully led SemBioSys’ Insulin Project team through early development, cGMP production, non-clinical toxicology studies, and a Phase I/II human clinical trial — one of the first ever for an injectable therapeutic protein from a transgenic crop plant.

A longtime member of the Weselake group, Chris Kazala brings to the team a wealth of experience as both a scientist and as a manager. After starting his career as a lab technician with Dr. Weselake’s group, Kazala moved twice — to SemBioSys Genetics (Calgary) and Queen’s University (Kingston, ON) — before returning to Alberta in 2004 to manage Dr. Weselake’s lab at the University of Alberta. In 2007, he became the Program Manager for the Bioactive Oils Program, and in 2010, he took on the role of Centre Manager for Phytola. Currently, he oversees the day-to-day administration of the Centre, including human resources, agreements, reporting, and finances. 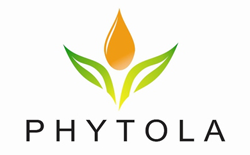